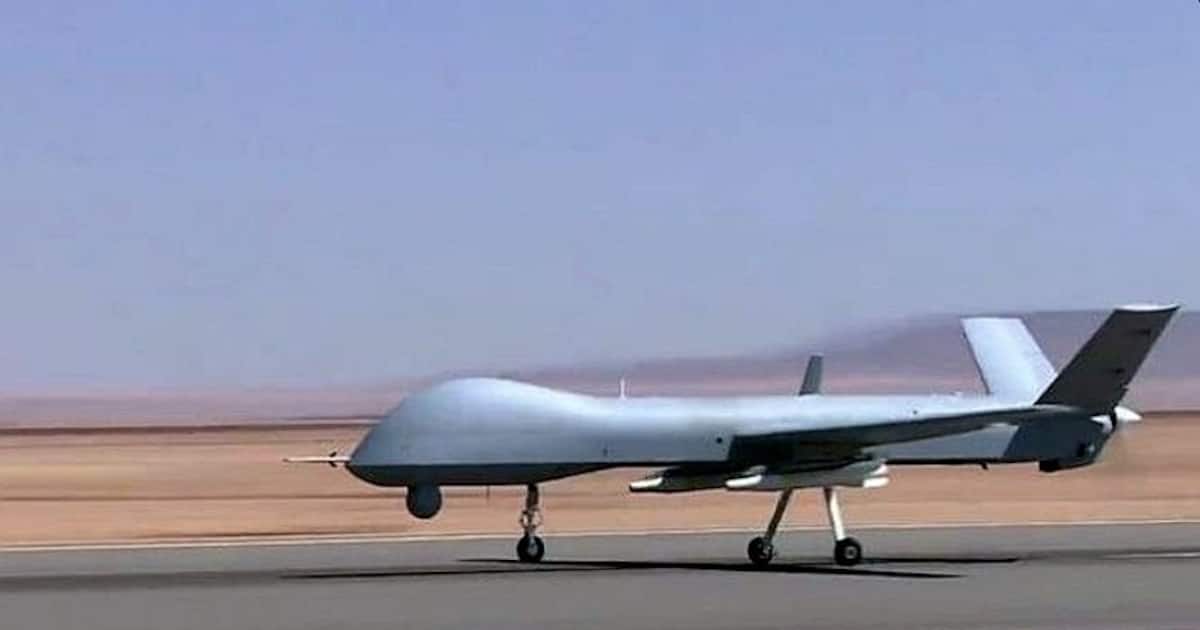 Despite its economic challenges and empty coffers, Pakistani government Imran Khan has been busy purchasing advanced weapons to bolster its military forces amid unrest in neighboring Afghanistan, and to create unrest in Jammu and Kashmir in India.

Ignoring skyrocketing debt and rising import costs along with low incomes, Pakistan is in talks with all-time friends China and Turkey to acquire drones for them.

Developed by the Chinese Chengdu Aircraft Industry Group, the Wing Loong-II is a remote-controlled drone intended for use in surveillance, aerial reconnaissance and precision strikes. It has long range strike capability with satellite link.

Defense experts say the drones will enhance Pakistan’s capabilities in the context of India’s purchase of the Russian S-400 air defense system which is expected to join the service later this year.

The Pakistani Air Force has received a commercial proposal from the China National Aero-Technology Import & Export Corporation for these drones. CATIC, which is a Chinese representative of the aviation industry in the global market, has agreed to supply the equipment by July 2022.

Currently, PAF has in its inventory 3 Wing Loong-II drones, acquired in 2020-21 with an AG-300 missile system, and has deployed one to its western border with Afghanistan.

According to the sources, the other two are stationed to protect the China-Pakistan economic corridor and the People’s Liberation Army’s new navy base in Gwadar port.

India will acquire 10 US-built MQ-9 Reaper or Predator B armed drones each for its army, navy and air force. The Defense Acquisition Council, headed by Defense Minister Rajnath Singh, could take the final call next week about the $ 3 billion deal, a government source said.

Turkey was a pioneer in low cost armed unmanned aerial vehicles. Drones have proven their capabilities in the field and reshaped battlefields and geopolitics.

According to the sources, Pakistan has expressed interest in the Turkish kamikaze drone “Kargu”.

Kargu has a range of 10 km and can carry six rockets. A remote station can be used for ten drones at a time.

Recently, Turkey signed an agreement for the export of Kargu drones. “#Turkey signs 1st agreement to sell its autonomous rotary wing attack drone #Kamikaze Drone (#Kargu). The name of the country has not been disclosed. Delivery will take place in 2021. Kargu can operate at the both as a single platform as well as as part of a swarm of up to 20 platforms, ”said Dr Ali Bakir, Turkish analyst and assistant professor at the Ibn Khaldon Center at Qatar University, in a report. tweet.

“We are proud to announce that #KARGU is ready for delivery to an export customer. Serving in the Turkish Armed Forces for over three years, #KARGU is now ready to support our friends and allies around the world . #AlwaysOnDuty #STMDefence @SSB_Eng, “STM Defense, the maker of the Kamikaze drone, said in a tweet

Kamikaze drones – also known as suicide drones – eliminate the enemy by self-destruction. These drones are similar to missiles and carry explosives.

The Pakistani military has also received a proposal for the acquisition of the Matrice 300 RTK drone from DJI with a Zenmuse H20T quad sensor, payload and advanced enterprise drone. The proposal was forwarded by Karachi-based technology company ABM Satuma.

The Matrice 300 RTK has a flight time of up to 55 minutes, supports up to three payloads and six directional detection and positioning systems simultaneously.

Intelligence agencies said the Pakistani military conducted mini-unmanned systems Supercam S-250 operations at Muzaffarabad airfield from July 7 to 17. It is considered one of the best unmanned aerial vehicles in terms of tactical and technical characteristics and is suitable for border areas.

These Supercam S-250 mini drones are used for intelligence, surveillance and reconnaissance exercises. These mini drones can fly for about three hours and have a range of 150 km.

According to the sources, the trials are taking place in Bahawalpur, Turbat and Muzaffarabad from July 26 to August 13.

Joint Venture in the field of vagrant ammunition

Chinese state-owned Aerospace Long-March International Trade Co and Pakistani military in talks for research and development collaboration and joint venture for the deployment of stray munitions including WS-43, CH-901 and ZT -39V.

The Pakistani army has requested a visit of its 4 to 5 members to ALIT China from August 17 to 22 this year. According to defense experts, these drones are bought in China and Turkey by Pakistan to strengthen their capabilities against India and Afghanistan.