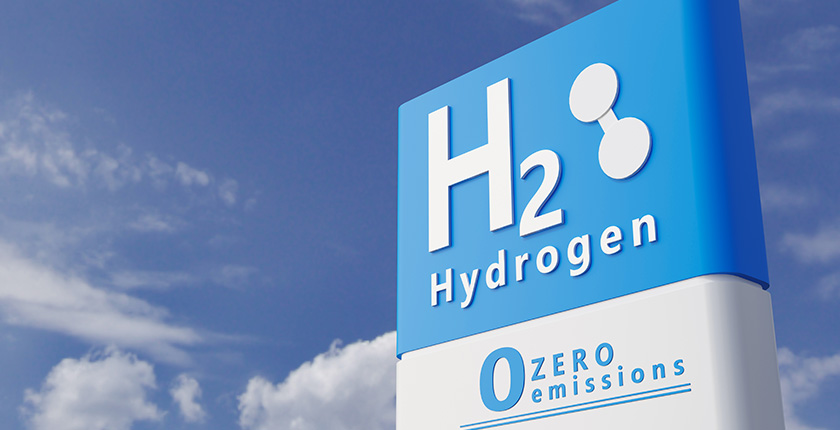 By increasing the use of hydrogen, Turkey aims to take a step towards the use of cleaner resources and thus become less dependent on imported energy. This is of great importance as Turkey’s energy strategy focuses on local energy sources.

According to the roadmap announced in the World Energy Transition Outlook Report of the International Renewable Energy Agency, the demand for electricity produced from hydrogen is expected to reach 21,000 terawatt-hours per year by 2050. However, even if determining factors are behind the global expansion of hydrogen production and renewable energies as well as the energy transition, there are obstacles that prevent hydrogen from establishing itself as a source of energy in the industry. These barriers include high costs, sustainability issues, lack of demand, lack of suitable energy system structures, and lack of technical and commercial standards.

Government policies and strategies can help overcome barriers to hydrogen production. Turkey’s efforts in this direction have paved the way for new investment and expansion in various sectors. The efforts in hydrogen-focused projects result from the importance of the use of renewable energies and hydrogen production in Turkey. Hydrogen is expected to become a common energy source in the future. This article focuses on Turkey’s hydrogen energy strategy, the link between renewables and hydrogen, and innovations in the field of hydrogen energy in Turkey.

The Minister of Energy and Natural Resources (the “Minister“) explained the growing use of hydrogen in various sectors – including renewables, heating and transportation – during the energy exploration workshop. By increasing the use of hydrogen, Turkey aims to take a step towards the use of cleaner resources and thus become less dependent on imported energy. This is of great importance as Turkey’s energy strategy focuses on local energy sources. This includes decarbonising heating, increasing the production of hydrogen from local sources, and increasing the use of boron as a material for storing and conserving hydrogen.

The priority objectives of the 2021 hydrogen use plan concern the natural gas sector. The introduction of hydrogen into the natural gas distribution system is expected to begin at the end of 2021. As hydrogen offers cost advantages in the transportation sector, the integration of hydrogen energy in industry transport is also receiving a lot of attention around the world. The Minister stressed that the production of hydrogen from domestic coal by volatilization allows clean transport. As an example, the minister cited that a bus can travel 1,030 kilometers on hydrogen produced from one ton of coal, indicating that Turkey’s substantial coal reserves could be used for such cause.

The results of research on the production and use of hydrogen thus reinforce the concept of clean energy use in the world.

The production of hydrogen from natural gas and renewable energy sources has grown considerably, in particular due to increased investment. In addition, it is envisaged that in the next period the production will be entirely powered by renewable energies. According to a report by the European Bank for Reconstruction and Development (EBRD), hydrogen plays a crucial role as a resource, especially in heavy industry and transport.

EBRD commissioners highlighted Turkey’s role in using hydrogen as a source of renewable energy. The renewable energy potential in Turkey offers a suitable area for the production of hydrogen energy. EBRD commissioners also said demand for hydrogen currently comes mainly from Europe. If Turkey intends to develop a green electricity market and decarbonize the economy, its high potential in renewable energies should be an asset in this area. The EBRD head for green economy and climate action in Turkey mentioned that the production of green hydrogen and its export to Europe could be a crucial opportunity for Turkish exporters in the decade (10 ) years, even if no hydrogen target has been set.

Innovations in the field of hydrogen energy in Turkey

Canadian clean energy solutions company Xebec Adsorption announced that its subsidiary HyGear has activated the on-site hydrogen generation system at the Turkish lubricant oil refinery “Tayras”. Xebec Adsorption said: “The hydrogen generation system managed by ‘Tayras’ will be the first such example in Turkey. The fully automated system will deliver approximately 560 kg of hydrogen per day (205 tonnes per year) at a pressure of 125 bar under a 15-year gas-as-a-service contract. One of the most remarkable aspects is the economic contribution that the plant will make. In addition, the emissions of lubricating oils based on API Group II will be reduced. This will be a milestone in the area of ​​“Turkey’s first green hydrogen plant”.

Hydrogen plays a crucial role in a clean and secure energy future. It knows an unprecedented political and commercial momentum. Policies and projects are developing rapidly around the world to overcome obstacles to the use of hydrogen as a source of energy.