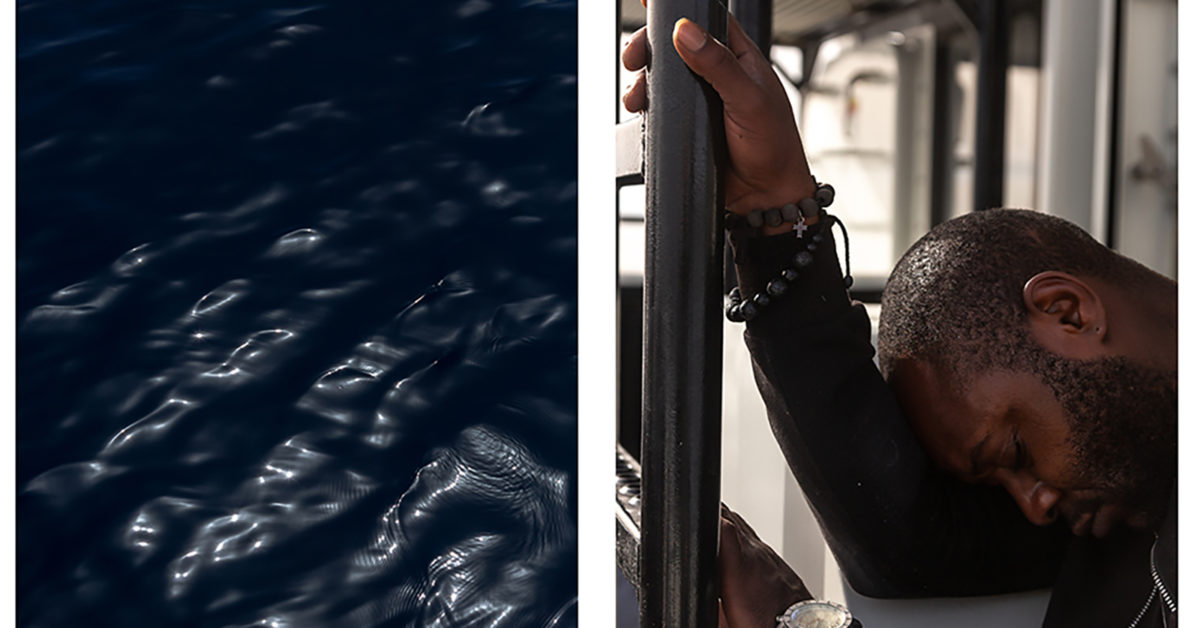 Refoulement of migrants in the Aegean Sea – POLITICO

THE Aegean Sea, aboard a Turkish Coast Guard Command patrol vessel – The water of the sky is indistinguishable in the dark depths of the night. At the approach of a storm, two small black boats filled with hopes and dreams, swaying, remain invisible in the darkness, until horrified faces appear under the powerful light of the coastguard. An elderly woman seems to see her life pass before her eyes; young children have that haunting look from a thousand yards.

So 20 Afghan people were found – drifting helplessly without an engine, light or life jacket, in two fragile rubber life rafts in the waters of the northern Aegean Sea. The thermal imagery had enabled them to be located after an email from the Hellenic Coast Guard of Greece was sent to the Turkish capital of Ankara, informing them of “two boats NOT UNDER COMMAND … with many people on board. »In Turkish waters, southeast of the island of Lesvos, Greece.

According to those on board, however, they had landed in Lesvos several hours earlier and hid in the forest before being caught by Greek authorities. The migrants said they were then taken back to sea and placed in rafts, drifting just above the waves and into Turkish territorial waters.

Illegal border crossings in rubber dinghies are a regular occurrence in the Aegean Sea. However, the number of people claiming to have been forcibly returned to Turkish waters after reaching Greek territorial waters, or even disembarking on a Greek island, is now on the rise.

These forced returns, also known as refoulements, have been widely documented by the Council of Europe’s Commission on Human Rights, the Office of the United Nations High Commissioner for Refugees, the International Organization for Migration and the investigative journalism platform Bellingcat. This practice is illegal under the United Nations Refugee Convention and international law. Yet despite clear evidence of their occurrence, there have been no major repercussions.

In a report from May this year, Council of Europe Commissioner for Human Rights Dunja Mijatović wrote: “I am particularly concerned by the increase in the number of reported cases in which migrants who have reached the East Aegean islands from Turkey by boat, and have sometimes even been registered as asylum seekers, were embarked on life rafts by Greek officers and pushed back into Turkish waters.

Off the Greek island of Samos, near the Turkish town of Kuşadası, POLITICO observed from a Turkish Coast Guard Command patrol boat, as two Greek Coast Guard ships circled around at high speed. an unpowered rubber dinghy, causing waves in an apparent attempt to push it into neighboring Turkish territory. A man fell and was brought back on board after nearly drowning. A Greek Coast Guard vessel then used a rope to tow the boat to the Turkish waters border.

On board were 39 people from Mali, Cameroon, Somalia, Guinea, the two Congos and elsewhere in sub-Saharan Africa. They claimed that the motor of the dinghy had been removed by the Greek Coast Guard, leaving them helpless in the scorching sun.

Some people on board – like Ali, a 29-year-old Malian – had attempted the crossing after living for several months in the Fatih district of Istanbul, having arrived in Turkey by plane. Ali and his friend said they would no longer try to return to Greece after the experience and would stay in Turkey – exactly the outcome Greek authorities are hoping for.

Another young Cameroonian – whose wife lives in France and had been refused a family reunification visa – had tried to travel to Greece to find her. Like others on the boat, after being treated by Turkish migration officers in the port city of Kuşadası, he may be allowed to stay in Turkey, or he may be deported to his home country.

In another similar incident, Zehra and her four-year-old son said they spent four or five hours in Lesvos, hiding in bushes, before being found by Greek authorities and put back to sea in a raft without an engine at the drifting over the dark Aegean Sea. waves.

“It is an attempted murder, it is madness, these pushbacks are very inhuman”, declared the commander of the Turkish group of the North Aegean. He claimed that there has been a systematic policy of forcible return of migrant boats to Turkish waters since February 2020, before which this only happened very occasionally.

Greece is clearly overwhelmed by the fact that it is the target of multiple smuggling routes from Turkey and, as a result, migrants from all over Asia and parts of Africa, who can often travel to Turkey. visa-free or can easily get one. Greek refugee camps have several times the capacity, and cities across the country are struggling to cope with the numbers of people stuck there for months and years, with few options.

The problem has worsened since late February 2020, when Turkish President Recep Tayyip Erdoğan declared the country’s borders open to those wishing to travel to Greece and the EU. This has led thousands of refugees and migrants in Turkey to travel to the country’s western land borders. In response, Athens accused Ankara of militarizing migration and migrants. And last month, the Greek Foreign and Migration Ministries officially designated Turkey as a safe country from which asylum seekers can seek international protection – and therefore be legally returned.

The Turkish Coast Guard responds that it is impossible to patrol the entire Turkish coastline, dotted with national parks and isolated peninsulas. Migrant boats are so small that thermal imagery or radar can only detect them within a radius of about two miles. According to the commander of the North Aegean group, in 2021 Turkish authorities have so far arrested 40 smugglers in the region under its sole jurisdiction.

Responding to questions from POLITICO, the Greek Foreign Ministry said: “Hellenic Coast Guard officers, who are responsible for monitoring Greek and European sea and land borders, have maximized their efforts for months, operating 24 hours a day. 24 with efficiency. , a high sense of responsibility, perfect professionalism, patriotism and also respect for the life and human rights of everyone. As for the tendentious allegations of allegedly illegal actions, it should be noted that the operational practices of the Greek authorities have never included such actions. Since Greece’s sea and land borders are also the European Union’s external borders, joint operations with Frontex are ongoing.

Behind the political back and forth, the human reality is that those who go through and risk their lives are the ones who pay the price. Irregular crossings are risky enough, with ruthless smugglers having little respect for human life. But if the pushbacks continue, it will only be a matter of time before people lose their lives in the waves between the two countries.

The story behind Turkey’s expensive and fairytale ghost town