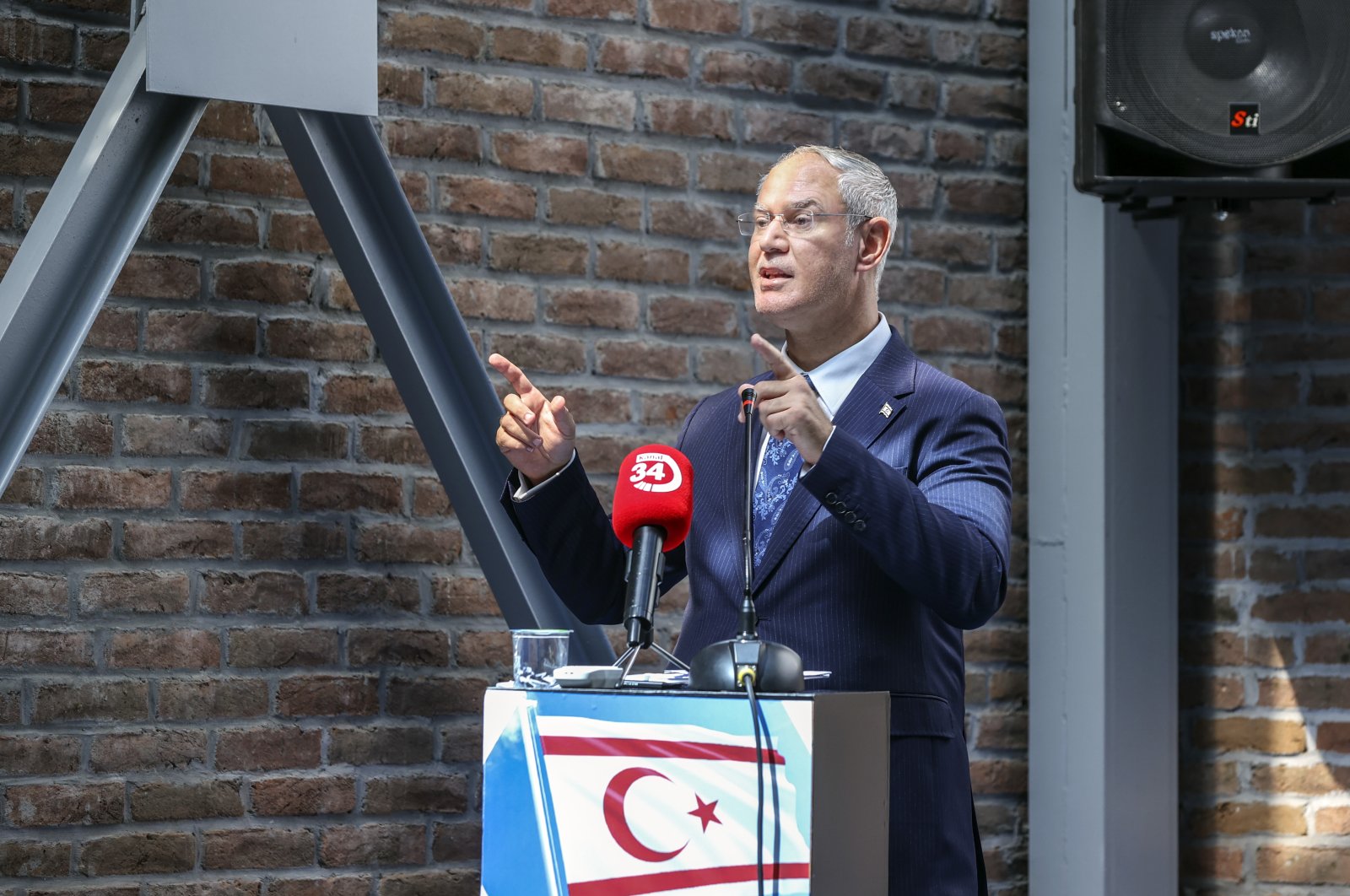 The Turkish side has always played a constructive role in the solution of the Cyprus question which has lasted for decades and still pursues a fair and balanced policy in the face of the current problems of the island, underlined Thursday the participants in a symposium on Cyprus.

During the “Economic and Political Future Vision: Cyprus Symposium” organized in cooperation with Rumeli University of Istanbul and the consultancy firm Lob’in International, the latest developments, problems and proposals for solutions on the island were presented. been discussed.

Speaking at the symposium held at the Haliç Application and Research Campus of Istanbul Rumeli University, Vice Chairman of Justice and Development Party (AK Party) Sakarya and Vice Chairman of Group of Turkey-TRNC interparliamentary friendship (Turkish Republic of Northern Cyprus) Çiğdem Erdoğan Atabek underlined the historical ties between the TRNC and Turkey, and the need to continue Turkey’s work for the recognition of the TRNC.

“The number of countries that recognize the TRNC should be increased. For this, we have taken an initiative in Azerbaijan. Hopefully a friendship group will be formed in the Azerbaijani parliament and trade relations will be developed,” he said. she declared.

Explaining that she has witnessed the close ties between the TRNC and Turkey, during her visits to the island, Atabek said that almost all Cypriot families have martyrs or veterans and that the effects of war and conflicts are still alive and well.

Fahri Ustaoğlu, President of Lob’in International, also delivered a speech at the symposium. Stating that the problems that arose before and after 1974 in Cyprus persist, he said: “The TRNC could not become either a motherland of children nor an independent motherland. Among these options of federation and two-state solution, we were very happy that our president expressed the two-state solution. “

“We wanted to support this symposium in order to keep this excitement alive and to strengthen it. I believe that the decisions taken here will inform the future. We will share Cyprus together, we will solve problems together,” he added.

Istanbul Rumeli University Vice-Rector Ahmet Mucip Gökçen stressed that Turkey and the TRNC have always played a constructive role in the Cyprus problem and expressed the following: “There is in fact no problem for Turkey. Turkey made its own decision and created the TRNC, which gained independence from the Greeks, who showed a willingness to act unilaterally in Cyprus with the powers granted to Turkey by international agreements. This provided positive developments for both Turkey and the Turkish Cypriots.

Explaining that Turkey is pursuing a fair and balanced policy in dealing with the persistent problems in Cyprus, Gökçen said: “The problems persist due to the positions of the Greek and Greek Cypriot parties and the countries which act with them on the international stage. , I don’t think the problem goes any further. If the EU makes the Greek administration of Southern Cyprus a member, it should also make the TRNC, which was created under the same conditions, a member.

Turkey has always supported the TRNC with all its might during these processes and will continue to do so. We need to think about how we can strengthen our presence in Cyprus, how we can use and exploit the new energy resources. In this regard, Cyprus is now even more important to Turkey. “

TRNC MP and head of the Maraş Initiative Commission (Varosha), Oğuzhan Hasipoğlu, said the Turkish side has always played a constructive role in solving the problem in Cyprus.

Referring to the debates over the federation and the two-state solution that continued after 1974, Hasipoğlu said: “We have worked for the federation for years, but now we have entered a different process. With the model of a two-state solution expressed by the President of the Turkish Republic of Northern Cyprus Ersin Tatar, we will no longer expect the Greek Cypriots to turn us away from the table.

The administration and the people of the TRNC have always been constructive on the island. We have now presented our new foreign policy agreement. We demanded international equal status and expressed it on all platforms. We now have a request for autonomy. “

Addressing the issue of opening the closed Varosha, Hasipoğlu said: “We waited in uncertainty for years, but we finally opened an important region like Maraş with determination. It was one of the holiday centers. most important in the Mediterranean. “

Varosha was partially reopened to the public last October after having been a “ghost town” since 1974. It was abandoned after a 1984 United Nations Security Council resolution saying that only its original inhabitants can resettle the town. Entry into the city in Turkish Cyprus was prohibited except for Turkish army personnel stationed in the TRNC.

The former Minister of Tourism and Health, Bülent Akarcalı, also said that academic, diplomatic and cultural studies should be privileged in order to promote the TRNC and to be able to defend it firmly on the international stage.

Cyprus is mired in a decades-long dispute between Greek and Turkish Cypriots, despite a series of UN diplomatic efforts to reach a comprehensive settlement. Ethnic attacks that began in the early 1960s forced Turkish Cypriots to retreat to enclaves for their safety. In 1974, a Greek Cypriot coup aimed at annexing Greece led to Turkey’s military intervention as a guarantor power to protect Turkish Cypriots from persecution and violence. As a result, the TRNC was founded in 1983.

It has seen an intermittent peace process in recent years, including a failed 2017 initiative in Switzerland under the auspices of the guarantor countries Turkey, Greece and the United Kingdom. The Greek Cypriot administration entered the EU in 2004, the same year the Greek Cypriots thwarted the UN’s Annan plan to end the long-standing dispute.

Turkey and the TRNC have declared that a permanent peace in Cyprus can only come from the recognition by the international community of two separate states, ending decades of negotiations to reach a federation-based reunification agreement.

More recently, Tatar said the TRNC could hold talks with UN officials as well as the Greek Cypriot administration in September in New York, reiterating that a solution based on two equal sovereign states is needed.