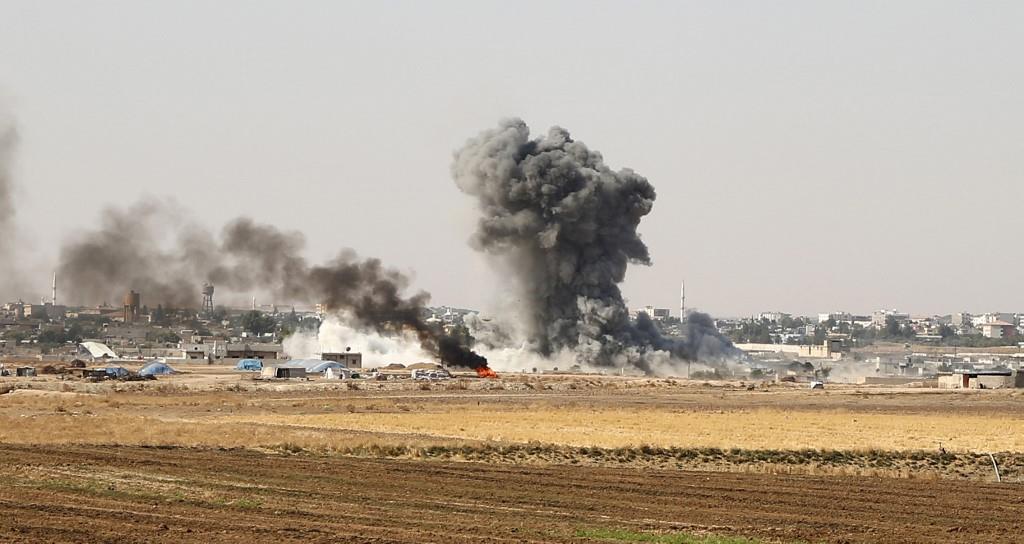 Note: This article was distributed to Syndication Bureau clients on October 9, ahead of the start of the Turkish campaign in Syria later today. It has been slightly modified to reflect this fact.

Turkey is now in the midst of a major assault in northeastern Syria, unexpectedly lit up by President Donald Trump following a phone call with Turkish President Recep Tayyip Erdogan on the night of October 6. At an astonished national security establishment in Washington, Trump said US forces will not stand in the way of Turkish forces who want to clear a distance of 20 miles [30-kilometer] corridor within Syria to establish what Ankara calls a “terrorism-free” security zone.

As he did in a previous phone call with Trump in December, Erdogan was once again successful in convincing his American counterpart that Turkey would deal with the IS threat in northern Syria. That December phone call prompted Trump to declare the withdrawal of US forces from Syria, which also shocked US military advisers. It was no coincidence that James Mattis resigned his post as Secretary of Defense shortly thereafter. Military advisers ultimately convinced the president to slow down the withdrawal.

Fast forward to this month and this time, senior Pentagon officials were again caught off guard and frustrated as well. Even Republican leaders normally loyal to Congress expressed strong disapproval. Their main concern is twofold. First, the US withdrawal is a blow to American credibility and a betrayal of the Kurdish allies who trusted the United States in their fight against ISIS. Second, the main beneficiaries of the US exit will be Russia, Iran and the Syrian regime.

The main problem plaguing Turkish-American relations is the fact that while Washington views ISIS as the main terrorist threat, Ankara views Kurdish forces as its main enemy. This is why, for Erdogan, the easiest way to convince Trump to make such periodic declarations of US exit from Syria is to assure him that the Turkish military can handle the danger posed by ISIS. Yet it is clear that the Turkish military regards the YPG, the Kurdish militia linked to the Kurdistan Workers’ Party, or PKK, as the top priority in northern Syria. In Ankara’s eyes, ISIS is a secondary concern and one which, in any case, seems to be contained after the Kurdish-American victory in Raqqa. Turkey’s primary strategic objective is clear: to stop the emergence of a Kurdish autonomous zone in Syria.

Given the overwhelming backlash from the US media, the national security establishment, and Congress, Trump recalibrated his position on October 7 with a tweet warning Ankara that if the Turkish military goes “out of bounds,” the states -United would “wipe out” the Turkish economy. Given the mercurial and erratic policymaking style of the White House, it is still unclear how far the Turkish military incursion into northeastern Syria will be allowed. For their part, Kurdish forces in Syria have said they will retaliate.

At this point, the Syrian Kurds have considerable influence on the ground as they hold 12,000 ISIS prisoners in several detention centers, as well as some 58,000 relatives of those prisoners at Al-Hol camp. in northeastern Syria. The Kurds could easily free these prisoners to prove that Turkey in fact has no power to control the terrorist threat.

Why then is Erdogan so willing to launch this military operation? The short answer is to distract from the problems that are building up at home, which have become urgent over the past 12 months with the deteriorating economy. Rising unemployment, high inflation and a loss of consumer confidence cost him the municipal elections this summer. His party has been defeated in Istanbul and other major cities.

Economic recessions always create scapegoats. Today, the majority of Turks regard the 3.6 million Syrian refugees in their country as an economic handicap. It is therefore not surprising that Erdogan is now insisting that Turkey needs a safe zone in which to settle a large part of these refugees. In doing so, he wants to show his political base that he can “solve” the problem.

A simple cost-benefit analysis, however, indicates that a military incursion will have serious drawbacks for Ankara. For starters, there could be serious economic consequences. There are already a series of military and economic sanctions that Congress wants to implement in response to Turkey’s purchase of the S-400 missile defense system from Russia. Now, if something is wrong, it would only take a few angry tweets from Trump for the Turkish economy to collapse again, as it did in 2017 when the chief US tweeter criticized Erdogan for not to have released an American pastor detained in Turkey. .

Another mistake in Turkey’s strategic calculations is the hope that a safe zone can turn into an area where Syrian refugees can be transplanted. Why would refugees in Turkey agree to go to a war zone where the Turkish army will fight Kurdish forces?

In fact, Turkey risks finding itself in a very difficult position. Consider the following probable scenario: the Syrians in Turkey will not leave; relations with Washington will be poisoned; economic situation to deteriorate as Trump lashes out at Turkey after Syrian Kurds release detained ISIS fighters and their families; Russia and Iran will eventually ask the Turkish army to leave Syria; the Damascus regime will denounce Turkey as an invader; and Turkey could very well get bogged down in a war of attrition with the YPG.

It is not clear exactly how Turkish-American relations will play out in the coming weeks. What is certain, however, is that Turkey is entering a very difficult new phase in its relations with Washington.

Omer Taspinar is a senior fellow at the Brookings Institution and professor of national security strategy at the National Defense University in Washington.

Disclaimer: MENAFN provides the information “as is” without any warranty. We do not accept any responsibility for the accuracy, content, images, videos, licenses, completeness, legality or reliability of the information contained in this article. If you have any complaints or copyright issues related to this item, please contact the supplier above.